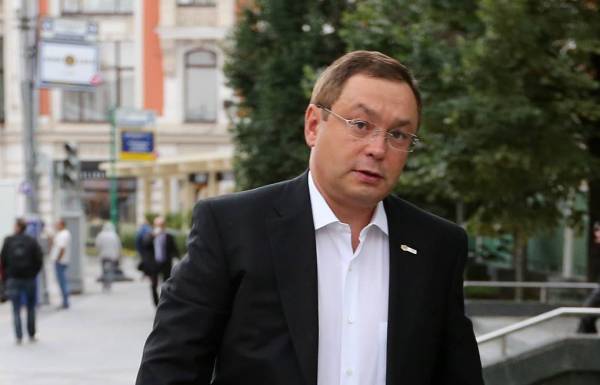 MOSCOW, July 7./ITAR- Chairman of the Moscow Region Election Commission Irek Vildanov sees no obstacles to the nomination of the leader of the Alliance of Greens and Social Democrats, Gleb Fetisov, who is being held in the pre-trial detention center, for the additional elections to the Moscow Regional Duma.

At the end of last week, the party approved Fetisov as a candidate for by-elections to the Moscow Regional Duma in the Naro-Fominsk constituency. Fetisov himself is in jail on the case of embezzlement and fraud.

Vildanov told ITAR-TASS that according to the law, Fetisov's arrest cannot prevent him from submitting documents to the district election commission. “The law clearly says: either his power of attorney must be notarized, the notary must go there (in the pre-trial detention center – ITAR-TASS), or the investigative institution certifies the documents to him,” he explained.

Vildanov added that Fetisov must appoint his own representative, who will submit the documents to the election commission. “The law provides for this situation,” Vildanov assured.

Sergei Bogdanov, the head of the Green Alliance party’s apparatus, told ITAR-TASS that on Monday evening Fetisov’s lawyer should receive a decision from the investigating authorities on the conduct of notarial procedures in the pre-trial detention center. Fetisov can take part in elections of any level, since he is not held in custody by a court verdict.

According to the law, candidates from the Alliance of Greens and Social Democrats do not need to collect signatures of voters to participate in the elections. how they overcame the 3% barrier in the last regional elections.

What Fetisov is suspected of

Fetisov is under arrest on suspicion of embezzlement and fraud. According to the investigation, as a result of illegal actions to withdraw the assets of My Bank LLC, the credit institution failed to fulfill its obligations to depositors in the amount of over 6 billion rubles.

In 2001-2009, Fetisov was a member of the Federation Council from the Voronezh Region … Later, until December 2013, he was the main owner of My Bank (95% of shares), then sold it to 11 individuals with shares of no more than 10%, representing the interests of Russian and foreign investors. The amount of household deposits in the bank as of October 1 was estimated by experts at 12.4 billion rubles.

In January, “My Bank” stopped issuing cash, and on January 31, the Central Bank revoked its license.