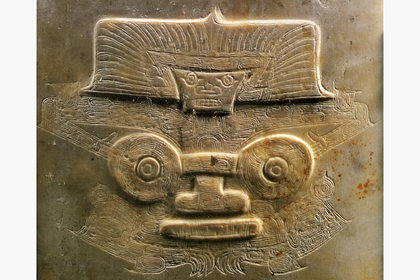 thousand years ago in the east of China, disappeared due to climate change in the region. Despite the fact that the ancient Chinese civilization possessed fairly advanced technologies for managing water resources, it perished due to severe floods caused by abnormal monsoon rains. The results of the study are published in the journal Science Advances. A summary of the scientific work is described in a press release on Phys.org.

The ruins of Liangzhu city are located in the Yangtze River Delta, about 160 kilometers southwest of Shanghai. About 5.3 thousand years ago, a highly developed culture was born, which created large hydraulic structures, although it did not own metalworking. Liangzhu was a fortified city with a complex system of navigable canals, dams and reservoirs. The system covered large agricultural areas and allowed them to be cultivated throughout the year.

It is still not known exactly what led to the disappearance of the ancient Chinese civilization. Archaeologists have not found traces of military conflicts, which excludes the human factor of the death of the Liangzhu culture. The key to uncovering the fate of Liangzhu turned out to be a thin layer of clay that covered the ruins and indicated a possible connection with floods on the Yangtze River or storm surges in the East China Sea.

southwest of the Liangzhu excavation site. This made it possible to reconstruct the climatic conditions in the region over the past several hundred thousand years in terms of the isotopic composition of carbon in the sediments. The data show that 4324-4345 years ago, a period of extremely high rainfall began. Accurate dating was carried out using the analysis of isotopes of uranium and thorium with an accuracy of plus or minus 30 years.

Heavy monsoon rains likely led to severe flooding of the Yangtze and its branches, so that even a complex system of dams and canals could no longer withstand the masses of water that destroyed the city of Liangzhu and forced the people to flee. Extremely humid climatic conditions persisted after that for another three hundred years.