Roscosmos: cross flights of Russian and US cosmonauts will begin no earlier than autumn 2022 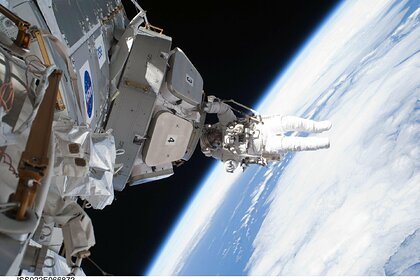 Cross flights of Russian cosmonauts on US Crew Dragon ships and American astronauts on board the Soyuz will begin no earlier than the fall of 2022, Sergei Krikalev, executive director of Roscosmos for manned programs, said in an interview with TASS.

“In principle, if we manage to agree on all the necessary documents The earliest cross-flights can begin in the fall of 2022. It is possible that the crew will be clarified further, “he explained, adding that the roles in the crew of the Soyuz MS-22 are also being clarified.

Krikalev noted that the issue of cross flights requires agreement with the government, which is currently doing Roskosmos. Now the crew includes cosmonauts Sergei Prokopyev, Anna Kikina and Dmitry Petelin.

Earlier it became known that Roskosmos and NASA would discuss the issue of cross-flights of their cosmonauts and astronauts on the Crew Dragon and Soyuz MS “. This was announced by the head of the state corporation Dmitry Rogozin. “From our point of view, SpaceX has gained enough experience to be able to send representatives of our crews on their ships,” he said.