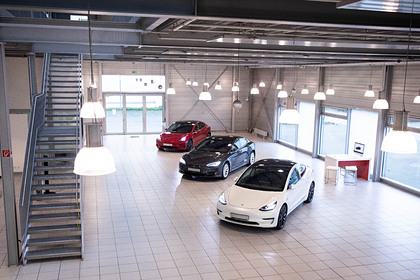 Tesla has updated their vehicle's autopilot user agreement by forcing drivers to turn on the dash cam. This is reported by Electrek.

In the beta version of the Full Self-Driving (FSD Beta) option, which provides for autonomous driving of an electric car, the company has updated the rules for using the function. Tesla is now asking drivers to agree that every time the autopilot option is used, video will be recorded from the cameras built into the car.

The journalists explained that this way the company will be able to use video recordings both inside and outside the car in the event investigation of an accident that occurred with active autopilot. The authors noted that Tesla not only forcibly turns on video recording on cars. The agreement states that the videos will be associated with the unique number of the electric vehicle (VIN) – thus, the videos will be associated with the owners of the cars.

Previously, the company did not collect personal video recordings of users. The videos recorded on the cameras of the electric car were stored locally and were at the complete disposal of the car owner.

At the end of November, many Tesla car owners were unable to open their cars through the app. Later, the head of Tesla, Elon Musk, explained on his Twitter that the problem was due to a failure on the company's servers.