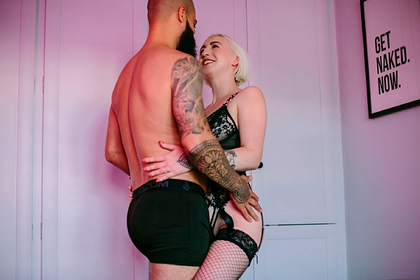 children, and began to make money selling intimate photos and videos online. The story of the British is published by the Daily Star.

The parents of two young children, Bonnie, 30, and Tommy Slade, 31, said they were tired of working from nine to five every day. An inflexible schedule made it impossible for them to watch their offspring grow.

The British successfully combine parenting and content preparation: when children go to bed, they start filming videos. However, as the lovers confess, not everything is as smooth as it seems at first glance – Bonnie's parents condemned the choice of their daughter and refused to accept her new job. In addition, the couple faced condemnation from former colleagues.

“People say they need to set the right example for their children. But the upbringing of our children will be based on the fact that we will teach them to accept and not judge other people's choices, ”said Tommy. The British do not plan to hide their occupation from their children and want to tell them about everything when they grow up.

The Slades noted that they plan to develop their account and will never return to their previous work.

Earlier it was reported that the US resident became the star of the OnlyFans online platform at the age of 54, made a fortune and shared her experience. St. James told her son and mother about her work, and both relatives were sympathetic to her choice.