The girl lost 15 kilograms for the wedding of her friend, who called her complete 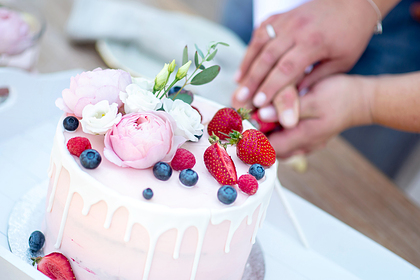 15 kilograms for the wedding of a friend who called her full a few months ago. At the celebration, where the heroine of the story was a bridesmaid, she surprised all the guests with her transformation.

The author of the post said that she and her friend had not seen each other for about two years, but talked on FaceTime. At the same time, according to the girl, she was chosen for this role for one reason: the groom decided to invite eight witnesses, so the bride needed the same number of witnesses.

The heroine noted that she and her friend also discussed all the details of the upcoming wedding online. Six months ago, the narrator accidentally overheard the conversation between the bride and the groom and learned the unpleasant truth about herself. She thought that she had turned off the sound, and began to discuss with her lover her friend, with whom she was talking at that moment. The girl said that the author of the post is very complete, and stated that she would look good with the same complete friend of the groom.

The narrator pretended not to hear this. Nevertheless, the user of Reddit is determined to lose weight for the upcoming wedding of her friend. In six months, she lost 15 kilograms and did not look at the celebration as the bride expected. “Seeing the shock on her face was priceless,” the girl shared her impressions of how she was met at the event.

As a result, the bride condemned her friend for overshadowing her at her own wedding, and said, that the girl should not have been thinner than her. Later, the bride admitted that she would like to introduce her friend to a complete friend, because she thought that they would look harmonious together. The author of the post refused to meet with the guy, for which the other guests condemned her. However, in the comments under the post, many users were outraged by the behavior of the bride, not the narrator. In their opinion, the girl should not have bothered how much the bridesmaids weigh and who they are dating.

Earlier, another Reddit user told how she refused to comply with one request of the bride and had a falling out with her as a bridesmaid. The girl asked her friend to give her her necklace because it looked better than her own wedding jewelry, but she refused.