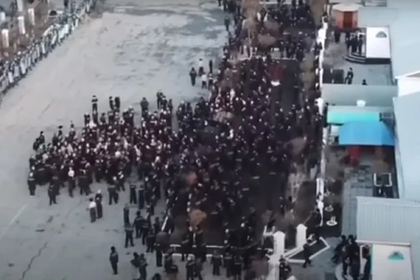 In the Khabarovsk Territory, investigators opened a criminal case on a crime boss known as Winnie the Pooh. This was reported by the Telegram channel Baza.

According to the investigation, back in 2005, he was noticed and supported by thief in law Kakha Tbilissky. In 2019, Winnie the Pooh became the patron (representative) in the region. The Investigative Committee of Russia suspects that the authority controlled the Khabarovsk maximum security colony No. 14 (IK-14) and was associated with the riot that took place in September 2021. Then, in the course of the conflict between prisoners cooperating with the administration and prisoners living by thieves' concepts, two people died, four were injured.