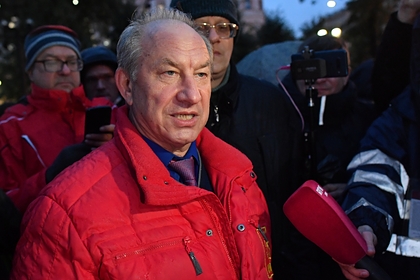 who is suspected of illegal elk hunting. This was reported on Thursday, November 25 by TASS.

The Prosecutor General Igor Krasnov had previously addressed the parliament with a corresponding submission. He considered it necessary to bring the deputy to administrative responsibility under the first part of Article 12.26 of the Administrative Code (“Failure by the driver of a vehicle to undergo a medical examination for intoxication”) and under part two of Article 258 of the Criminal Code of Russia (“Illegal hunting”).

< p> After that, the State Duma commission on mandate issues recommended consent to the lifting of immunity from Rashkin.

Rashkin has already admitted that he really killed the animal

The deputy said that he went to the Saratov region to rest after the elections to the State Duma. There, together with his friends, he went hunting – according to the politician, they told him that all the necessary permits for this were available.

The parliamentarian said that he found an animal at the edge of the forest and mistook it for a large wild boar. After that, he fired twice, and then, going up to the corpse of the beast, he realized that it was an elk. Rashkin butchered the carcass with an ax and a knife, which were in his car, and then went for one of his friends, who helped him load the prey into the trunk.

On leaving the forest, according to Rashkin, his car stalled, then another car drove up, and unknown people who got out of it began to demand that he open the trunk.

“In general, it’s customary for real hunters: if you’re not sure, don’t shoot. Because shooting at a rustle is a person, “the expert noted.

Initially, Rashkin insisted that he found the carcass of an elk in the forest by accident

When the deputy was detained with a carcass of an elk in the trunk of a car, he explained that I saw the killed animal while walking through the forest and drove it to hand it over to the police.

According to Rashkin, when he and his friend were stopped, there was “a whole horde of FSB officers, police, and nature protection structures” nearby.

“Fearing for my friend Alexander, as well as in order not to accidentally set anyone up, I did not find anything better and blurted out, well, that I found the carcass of this elk,” Rashkin explained later, emphasizing that he did not drink alcohol, but the smell alcohol “came from the friend Alexander who was next to him, whom he brought with him to the clearing from the house after their feast.”

Now Rashkin could face up to five years in prison

three to five years. This follows from the materials that Prosecutor General Krasnov sent to the State Duma.

Earlier, in an interview with Lenta.ru, lawyer Rodion Yuryev suggested that Rashkin could face just such a punishment.

“If it was, say, in a specially protected area, imprisonment for up to two years is possible. And if this is committed by a group of persons – as in this case, together – then imprisonment from three to five years and deprivation of the right to occupy some positions are provided, “the lawyer explained.