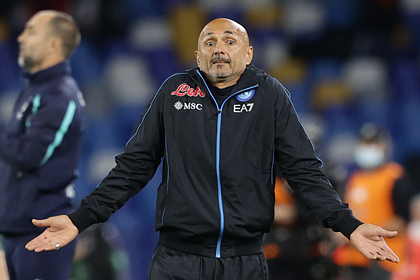 Italian Napoli head coach Luciano Spalletti refused to shake to the coach of Spartak Moscow Ruy Vitoria after the match of the fifth round of the Europa League group stage. This was reported by the Lenta.ru correspondent.

After the final whistle, the head coach of the red-and-white team, whose team won, came up to greet Spalletti, but he responded with a demonstrative refusal.

“Spartak ”Beat Italian“ Napoli ”with a score of 2: 1. The meeting took place in Moscow at the Otkrytie-Arena stadium. At the same time, the red-and-white went ahead already in the third minute after striker Alexander Sobolev converted a penalty.