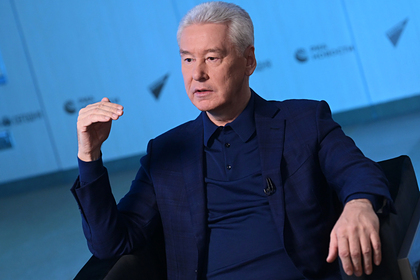 Moscow Mayor Sergei Sobyanin said that there is a reserve to a decrease in the number of migrants, despite the fact that there are practically no migrants in large enterprises of housing and communal services, RIA Novosti reports.

“After all, we have practically no migrants in large urban utilities. They remained at the level of housing GBUsheki, where there is a lot of janitorial work, rough and low-paid. But even there, it seems to me, there is a reserve where to move, “Sobyanin urged.

Earlier, Sobyanin said that the number of labor migrants in the construction sector has more than halved a few days after the corresponding instruction.

On November 17, while inspecting a new house under the renovation program on Baumanskaya Street, the mayor of the capital said that “people of a different quality, with a different salary” are needed at the sites. He suggested that the general director of the Krost contractor, Alexei Dobashin, invite Russians from nearby regions to work and provide them with decent working conditions.

Moscow Vice-Mayor for Urban Development and Construction Andrei Bochkarev reported on the capital's plans to abandon attracting migrants to construction sites. As an example, he pointed out China, Finland and the UK, where employees are not invited from abroad and are provided with a higher salary than in Russia.