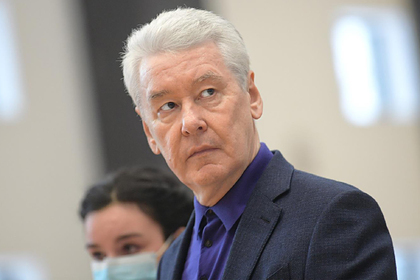 Muscovites, Mayor of the capital Sergei Sobyanin said in an interview with RIA Novosti. According to him, the demand for housing in the city is great.

“She (the problem of rising housing prices – approx.” Lenta.ru “) worries, of course, everyone, and Muscovites in the first place. Because someone has an apartment, someone does not. The younger generation is growing up, families are leaving. The demand for housing in Moscow is great. But the supply is also increasing. In recent years, we have doubled the number of new housing units, ”said the mayor.

But the level of demand for apartments in the city remains high, Sobyanin explained. Recently, it has grown due to the launch of the preferential mortgage program and interregional migration. “We are not even talking about migrants from near or far abroad who come to Moscow, settle down and buy housing,” the mayor said. “These are Russians who first move to the Moscow region, from the Moscow region to Moscow.” In New Moscow, according to Sobyanin, quite a lot of housing is being built, but “40 percent of them are bought by nonresidents.”

If the volume of housing construction is additionally increased, the number of newcomers can greatly increase, the mayor said. “If we build a lot and bring down the market, make housing very low in price, then I’m afraid that we will not grow by a million people in ten years, but two or three,” he warned. – There are no restrictions today, no one has figured out how to restrict interregional migration. Neither registration nor any restrictions are possible. It was impossible to do this even under the Stalinist regime. ” … Analysts noted the completion of the apartment boom in the capital and suggested that another 800 thousand square meters of housing under construction could be sold in the fourth quarter.