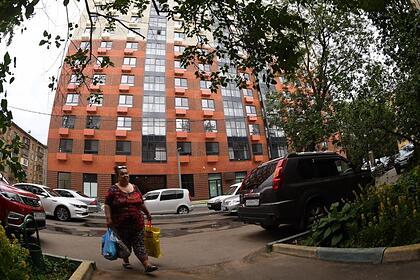 Russians who bought housing under construction in Moscow in 2020 for investment purposes, they began to resell it without waiting for commissioning. In January-September 2021, the number of transactions for the assignment of rights in new buildings increased by 38 percent compared to the same period last year. Kommersant writes about this.

As the newspaper notes, real estate investment became popular in 2020 due to the launch of a subsidized mortgage program. According to experts, the share of investment transactions then could reach 50 percent of total sales. Apartments purchased at the initial stage of construction in 2020 brought about 40 percent of profit, or 20-25 percent of annual income, experts calculated. In unique projects of the premium segment, the profit margin could reach 60-70 percent for the investment cycle.

But now it is not easy for investors to get rid of their assets, the interlocutors of the publication pointed out: in the market, in addition to apartments from investors, many new lots have appeared for purchase from the developers themselves. At the same time, new proposals do not differ much in price from investment ones. It is easier to buy from a developer than from a private person. In addition, investors often offer apartments without renovation, while many developers sell either pre-finishing or ready-made lots.

Developers can also offer undeniable privileges, for example, mortgage programs jointly with banks with subsidized rates, experts added. They recalled that when an apartment is resold, the seller must pay 13 percent of the income received if it has been in the property for less than five years. Thus, investors have to lose part of their profits.

Earlier it was reported that a decrease in the growth rate of prices for housing under construction was recorded in Russia – at the end of October 2021, a square meter in new buildings rose on average by 0.9 percent. In the period from January to September, the “primary” grew in price faster – by 2.4-4 percent monthly.