Ex-President of Georgia Saakashvili: I will refuse treatment if deputies are not allowed to see me 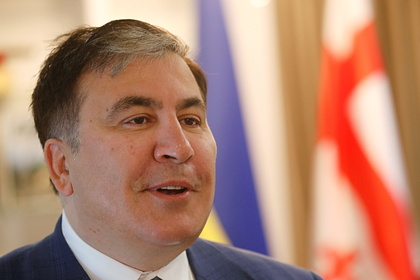 Former President of Georgia Mikhail Saakashvili threatened pills, if the deputies of the parliament of the republic are not allowed to the hospital. The corresponding statement of the politician was published on his Facebook page.

Saakashvili expressed indignation that Georgian parliamentarians had not been allowed to see him for a week, and complained that the republic's State Security Service officers were “terrorizing” local doctors by searching and interrogating them.

“If the deputies are not allowed to come to me from tomorrow, I will refuse the course of treatment and will take only those medications that were prescribed to me before my arrest,” the ex-president said.

On November 20, Saakashvili ended his hunger strike, which he had been holding for 50 days. This happened after he was transferred from a prison hospital in Tbilisi to a hospital in Gori.

The former head of the republic was detained on October 1, when he returned to Georgia after eight years of emigration to participate in protests. At home, he was sentenced in absentia to six years in prison for the murder of a banker and beating of a deputy.