Chairman of the Presidium AKORT Karavaev: sales of Russian wines have grown 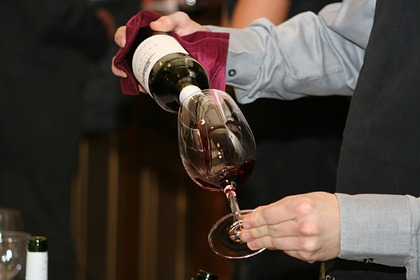 Sales of Russian wines have grown. This was stated by Igor Karavaev, Chairman of the Presidium of the Association of Retail Companies (AKORT), RIA Novosti reports.

The expert linked the love of Russians to domestic wine with improving product quality. Karavaev also noted the efforts of the authorities, thanks to which wine production in Russia is growing at a high rate, and recalled the law on viticulture. According to him, this law gave an additional impetus to domestic winemaking. Karavaev also noted that stores are expanding their supply in response to consumer demand growth. “Therefore, we can safely say: if the wine industry develops at the same pace, retail will be able to ensure the sale of domestic products to the Russian consumer,” said the head of AKORT.

The head of the Union of Winegrowers and Winemakers of Russia Dmitry Kisilev explained that growth sales of domestic wines was influenced by the fact that the stores allocated a separate shelf for it “Wines of Russia”. At the same time, Kisilev also emphasized the level of quality of Russian products. “The main popular question is when people come to the store – which one to take? Now it is quite obvious, the answer is clear – we need to take the Russian one, ”the expert said.

Earlier in November, Roskachestvo warned about a rise in the price of wine. The ministry said that the shortage of products on the world market could be more than five million liters. The shortage of wine may worsen in 2022 amid a general decline in the world's grape harvest.