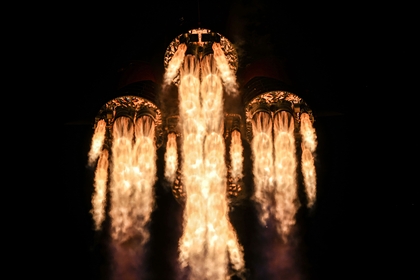 The rocket ” Soyuz-2.1b “successfully launched a military satellite into near-earth orbit, Interfax reports, referring to the Russian Ministry of Defense.

According to NASASpaceflight.com, we are talking about the Tundra spacecraft (Kosmos-2552), belonging to the Unified Space System (EKS) Kupol, which can detect rocket launches.

Edition recalls that four such satellites were launched earlier.

In May 2020, Roscosmos CEO Dmitry Rogozin showed on Twitter the launch of Soyuz-2.1b with the Kosmos-2546 spacecraft, which, according to The Russian Nuclear Forces Project is the fourth satellite of the Kupol system.

In December 2019, TASS, with Referring to the materials of the briefing by the Chief of the General Staff of the Russian Armed Forces, General of the Army Valery Gerasimov, who spoke to foreign military attachés, he said that the Russian satellite system for detecting launches of intercontinental ballistic missiles “Oko-1” has been replaced by a modern “Dome”.