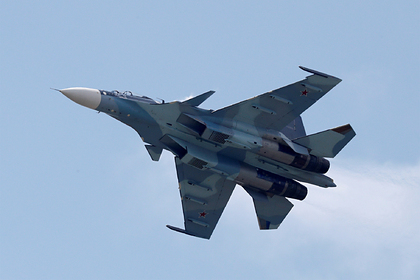 Su-30SM fighters of the Air Force Belarus and the Military Space Forces (VKS) of Russia performed a flight along the state border of Belarus. This was reported by the press service of the Ministry of Defense of the republic in the Telegram channel.