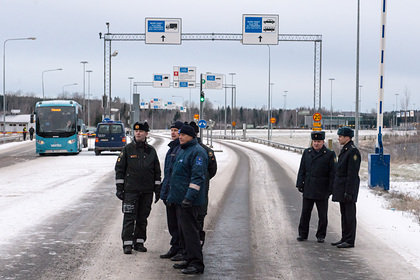 Employees of the automobile customs point at the Russian-Finnish border for more than a month inspect goods, including orders from online stores, told “Lente.ru” in the courier company CDEK. Due to the fact that the customs took up arms against goods from Finland, the delivery services are faced with serious material losses and reputational losses, they pointed out there. Buyers have to wait longer for already paid orders.

The company said that they have been receiving many complaints about a significant increase in the delivery time of parcels from Finland for several weeks. According to CDEK, the problems are related to the situation at the border. Goods from Finland travel through the Torfyanovka international automobile checkpoint (MAPP) in the Vyborg district of the Leningrad region.
Cars delivering express orders for buyers have been repeatedly detained for customs inspection in the last month in a vague and indistinct wording, the company said. As a result, the downtime led to the fact that carriers began to refuse to provide transport for online stores: the companies, according to them, were informed that all cars with parcels from Finland would stand at the crossing for several days.

CDEK also faced difficulties in finding a carrier, and when the car was still found, difficulties were discovered at customs. After the car arrived at the customs post, CDEK filed a transit declaration. According to the law, it must be registered within four hours, but in fact, according to CDEK, the procedure took four days. In addition, the inspection, during which goods were unloaded from the car and the parcels were opened, led to a significant delay. A car with the company's cargo crossed the border for several days, from November 10 to 16.

The community of top managers of logistics companies (STMLK) said that members of the organization also found themselves in a similar situation more than once at this checkpoint … “Spending a week on such a route, of course, is unacceptable. Inspections take up precious time and lead to losses, “they said, adding that goods are inspected at the Belarusian border within a maximum of 48 hours, even with more work.

In early November, transport and logistics companies complained, that at the largest international automobile checkpoint on the Chinese border, record heavy traffic jams have formed. The main reason for congestion is anti-coronavirus restrictions. Also, difficulties were associated with an increase in the volume of cargo transportation on the eve of the New Year holidays and a low throughput of points.