The court sentenced a soldier to 1.5 years for beating up a police patrol who made a remark 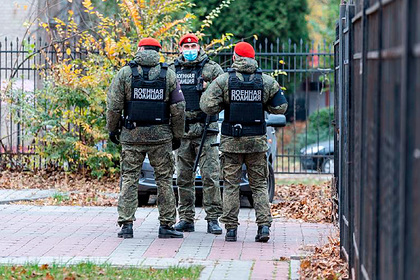 the surname of Kartabaev, who beat up a police patrol in the street after a remark made to him. This was reported to “Lente.ru” in the press service of the court.

The convicted person was found guilty under Article 318 of the Criminal Code of the Russian Federation (“Use of violence against a government official”). He was sentenced to 1.5 years of imprisonment in a colony-settlement.

The court established that Kartabaev was stopped on the morning of September 1 by a military patrol on Prospekt Mira in Yuzhno-Sakhalinsk. The police decided to take him to the military commander's office for violating the rules for wearing military uniforms. Kartabaev responded by attacking the patrol and beating up two officers. The fight was filmed by eyewitnesses of the incident and posted on the network.

It was reported that Kartabaev arrived in Yuzhno-Sakhalinsk from the Altai Republic. He served under contract in the 39th Separate Motorized Rifle Brigade of the 68th Army Corps. The relatives said that the police themselves provoked the contractor, insulted and “pissed him off with mockery and jabbing,” so he fought them back.