In the Kurgan Region, a man burned down a house with his friends after a quarrel during a feast 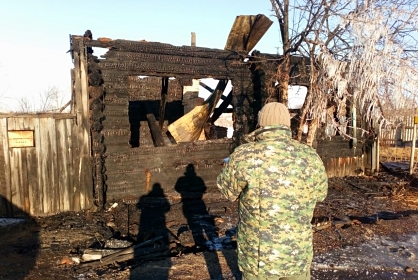 In the village of Olkhovka, Kurgan Region, a Russian burned down a house with his friends after quarreling with one of them during a feast, according to the Investigative Department of the Investigative Committee of Russia for the region.

Two men, born in 1999 and 1988, were killed in the fire. A villager born in 2001 was detained on suspicion of committing a crime. According to the investigation, the suspect was visiting one of the victims. The company drank alcoholic beverages. A conflict arose between acquaintances, after which two of the participants of the feast went to bed, and the third spilled gasoline on the floor of the room of the house where the owner of the house and his guest slept, set it on fire and ran away. The attacker was detained, investigators are working with him.

Earlier it became known that the Sverdlovsk regional court sentenced to 12 years in prison a resident of the city of Volchansk, 33-year-old Arkady Aksenov, who set fire to the house with his family, as a result of which he died wife. He was found guilty of a particularly brutal murder committed in a generally dangerous way, attempted murder of two people and willful destruction of property.