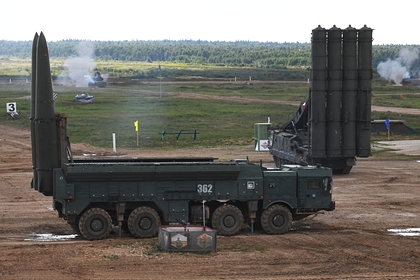 -Tactical missile systems (OTRK) “Iskander-M” one of the brigades of the Western Military District and transported them to Novaya Zemlya, Izvestia reports, citing sources in the military department.

Thus, by the calculations of the OTRK a full cycle of combat training exercises was carried out. “At the end of the maneuvers, the missilemen carried out real combat launches. Thanks to these maneuvers, the possibility of the operational transfer of the complexes and their use in the extreme climatic conditions of the Arctic was confirmed. weapons in different climatic zones. “Such complex maneuvers should serve as a signal to our opponents, who have recently been creating tense situations both by their actions and by their statements,” she noted.

In November, the former head of the main department of international military cooperation of the Russian Defense Ministry, General retired colonel Leonid Ivashov said that Moscow could supply Minsk with Iskander-M missile systems, but only in the event of a real military threat to Belarus.