“Serdalo”: residents of Ingushetia named teapilg as their favorite dish 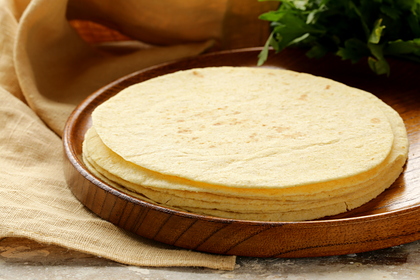 Most of Ingushetia residents (90 percent) named white teapilg as their favorite national dish stuffed with cottage cheese. This is evidenced by the data of the survey of the newspaper “Serdalo”.

It is noted that 100 people took part in the voting. “The poll showed that the traditional national cuisine retains its position in competition with new brands of public catering,” the newspaper notes.

It is clarified that chapilg is also often prepared with potato and pumpkin filling. “Chapilg with its centuries-old history remains in the region at the very top of the food pyramid,” writes Serdalo.

In October, the first “Hychin Festival” was held in Kabardino-Balkaria, dedicated to the legendary national dish – a flat cake with potatoes and cheese. More than a thousand thin pies left for the Chegem gorge, where the festival was held. It took seven sacks of potatoes, 60 kilograms of cheese and several quintals of dough to prepare them.