ABC Nyheter: Patriot systems will make it possible to shoot down Russian Iskanders 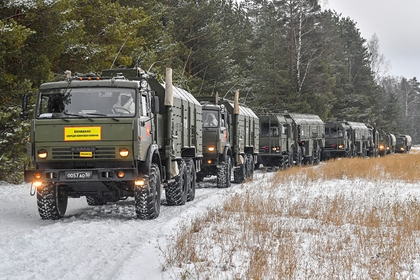 On November 18, the Swedish military announced the adoption of the first Patriot air defense system battery, which was named “Air Defense System 103” (LvS103) … The complexes were installed on the southeast coast of the country in Halmstad. The head of the Swedish Air Force Karl-Johan Edström noted that the air defense system can create problems for a potential enemy.

It is also noted that the Patriot air defense system's range is 80 kilometers, and the complex's radar can track up to 50 targets. The new system will allow intercepting aircraft, cruise and ballistic missiles.

“So now Sweden gets the first opportunity to shoot down Russian Iskander missiles, which may pose a threat to Swedish sovereignty,” Larsen emphasizes.

In October, pilots from Great Britain, Germany, Greece, Italy, India and France worked out the fight against air defense systems during exercises. The MIM-104 Patriot complexes imitated the missile systems of a simulated enemy.