Press Secretary Peskov: Putin will be informed about the situation at the Listvyazhnaya mine 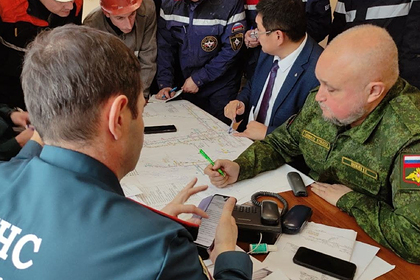 Kremlin spokesman Dmitry Peskov noted that During the day, Vladimir Putin will be reported on the situation at the Listvyazhnaya mine in the Kemerovo region, TASS reports.

According to the press secretary, the report has already been presented by the acting head of the EMERCOM of Russia Alexander Chupriyan and the governor of the Kemerovo region Sergei Tsivilev. The President instructed Chupriyan, as well as the head of Rostekhnadzor, to fly to Kuzbass and organize all the necessary assistance to the victims.

Putin also expressed his hope for the rescue of the miners underground. He announced the need to make every possible effort to continue the rescue operation.

At the moment, it is reported that as a result of a fire on Thursday, November 25, 11 people died at the mine.