Senator Pushkov: Ukraine was brought to its knees by incompetent and immoral leaders 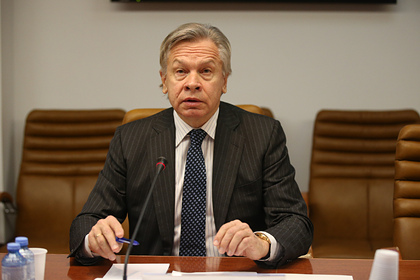 Ukraine was brought to its knees by incompetent and immoral leaders. This is how a member of the Federation Council Alexey Pushkov answered the words of former Prime Minister Yulia Tymoshenko in his Telegram channel.

According to the senator, there is coal in Donbass, but it is transported from the United States, and Russia has gas. but it is being bought for a high price from Poland and Slovakia. “And soon they will start shipping lard from Argentina. We arrived, as they say … “, – added Pushkov.

Earlier, the leader of the Batkivshchyna party, Yulia Tymoshenko, said that Ukraine was brought to its knees, since the country is now more than ever dependent on electricity supplies from Russia and Belarus.

She added that if Ukraine is disconnected from supplies from neighboring states, then the country will not have enough electricity. At the same time, Tymoshenko noted that the government itself speaks of emergency flows in the state, and this, in turn, speaks of a state of emergency.