In Volgograd SIZO, seven prisoners injured themselves in protest 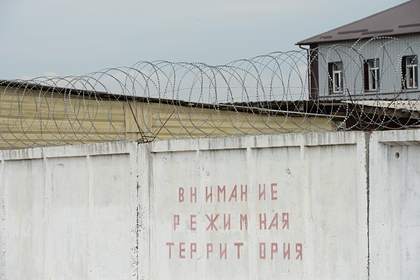 Seven prisoners in SIZO No. 4 Volgograd, one of them simulated a suicide attempt. This is reported by RIA Novosti with reference to the regional Federal Penitentiary Service.

The department explained that the reason for the incident was the disagreement of the suspects and the accused with the regime requirements.

After the emergency, all the victims were provided with medical help, now their condition is assessed as satisfactory. A prisoner who tried to commit suicide in his cell was sent to a medical institution for examination.

On November 1, it was reported that two prisoners set themselves on fire in the Khotunok colony No. 14 in Novocherkassk. They climbed onto the roof of the building, after a while their clothes burst into flames. Later, the Main Directorate of the Federal Penitentiary Service of Russia in the Rostov region told “Lente.ru” that the convicts set fire to their trousers and extinguished them on their own. As a result, both received minor superficial burns. Medical assistance was provided on the spot; they do not need hospitalization. Both are prophylactically registered as prone to self-harm. They explained their action by their unwillingness to obey the legal requirements of the administration of the institution and move to another detachment.