Polish Prime Minister Morawiecki: Russia should stay with us because of the challenge from the PRC 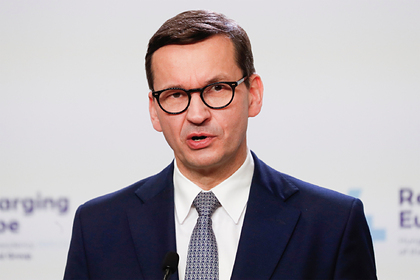 Russia should consider the challenge from China as the most difficult for the coming decades, if not centuries. This position was expressed in an interview with the newspaper Figaro by Polish Prime Minister Mateusz Morawiecki.

The politician called on the Russian Federation to stick together with European countries in relations with China. “The Russians should be with us on this issue,” the Prime Minister noted.

Moravetsky also called Russia a country with which Warsaw would like to establish cooperation. “Russia is and will remain our neighbor, and we want to cooperate with it. But we do not want to be blackmailed, forced or conquered, “the politician said, stressing that Poland is ready for dialogue without aggression.

Earlier, the Polish Prime Minister accused Russia of rising gas prices. In his opinion, the Russian company “Gazprom” is responsible for “price manipulations on the gas market”, which, according to him, led to a jump in energy prices several times.