PAP: Polish special services detained a citizen of the country on suspicion of spying on Russia 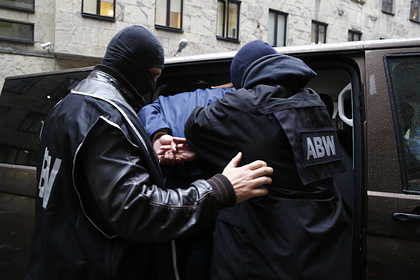 The Internal Security Agency of Poland detained a 66-year-old citizen of the country on suspicion in spying on Russia. This was reported by Polska Agencja Prasowa (PAP).

Press Secretary of the coordinating intelligence minister Stanislav Zharyn stressed that the Pole acted to the detriment of Warsaw's interests. “The collected evidence and procedural actions carried out during the investigation give grounds to suspect the 66-year-old Polish citizen of initiating espionage activities in favor of Russia,” he concluded.

According to the agency, the suspect Radoslaw S. denied his guilt. If convicted, he faces up to ten years in prison. Intelligence officials believe that he assisted Marchin K., who had been arrested earlier for assisting foreign intelligence. The investigation confirmed that he also collaborated with the Russian special services.

On November 12, it became known that in Klaipeda two Lithuanian citizens were sentenced in a criminal case of espionage in favor of Russia. One of the convicts, who did not admit his guilt, was sentenced to four years in prison. Another person involved in the case, who repented of the crime, was sentenced to one year and six months in prison. The men were accused of collaborating with the FSB.