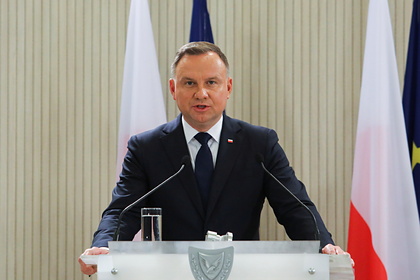 military presence in the east. This was stated by Polish President Andrzej Duda during a joint conference with the organization's secretary general Jens Stoltenberg, TASS reports.

“I suggested that the secretary general increase the readiness of NATO forces in this part of Europe on the eastern flank of NATO,” the Polish leader said. In particular, the politician, he said, called on Stoltenberg to strengthen the presence of the alliance's military contingent in the specified region.

Earlier, former senator and MEP from Warsaw Bogdan Penk said that the deployment of US nuclear weapons on Polish territory would increase the country's status on the international stage and will become a way to intimidate Russia. The politician hoped that Washington would expand its military presence in Poland and contribute to the arming of the republic.