Director Peter Jackson: The Beatles wanted to film The Lord of the Rings 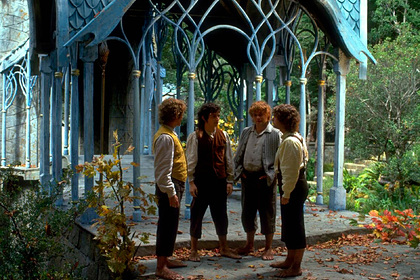 Director Peter Jackson spoke about the attempts to get The Beatles writer John Ronald Tolkien has the rights to film the Lord of the Rings book series. The cinematographer's words are reported by BBC News.

When Jackson was working on a documentary about The Beatles from archival footage of the late 1960s, he asked Paul McCartney about the confrontation with Tolkien. “I questioned Paul about what happened. Ringo [Starr] doesn't remember much of what happened, “the director said.

Related Content 00:02 – November 1 The return of the greats. “The King of Tigers”, Dexter and crazy Catherine II in the main series November 00:01 – 23 November

He explained that the idea to film The Lord of the Rings came from Apple Records producer Denis O'Dell. The musicians were traveling throughout India at the time. O'Dell sent them three Lord of the Rings books. “I think since there were three books, he sent one to each of The Beatles. I don't think Ringo got the book, but John [Lennon], Paul and George [Harrison] got one. And they got them very excited, “Jackson said.

” In the end, they didn't get the rights from Tolkien because he didn't want a pop group to film his story. He refused them. They tried, no doubt about it. They were seriously planning to do it in early 1968, “the director noted.

Jackson confirmed that if the writer agreed, McCartney was going to play Frodo, Ringo Starr would play the role of Sam, Lennon would play Gollum, and Harrison is Gandalf. The musicians planned to take Stanley Kubrick as the director. “Most likely, everything would be so. Paul didn’t remember exactly when I asked him, but I believe that everything should have been that way, “the filmmaker emphasized.

The Lord of the Rings book series was filmed by Peter Jackson in the early 2000s. The director's documentary, The Beatles: Come Back, will be released on November 26 via Disney +.