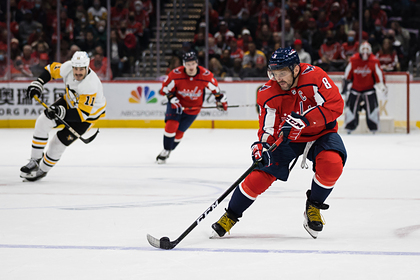 Russian striker “Washington Capitals” in the National Hockey League (NHL) regular season match against the Montreal Canadiens. The statistics are available on the league website.

In the current NHL draw, the 36-year-old hockey player scored 33 points (15 + 18). Thus, Ovechkin became Washington's record holder in terms of points scored in the first 20 games of the season.

The Capitals beat the Canadiens. The meeting ended with a score of 6: 3. Washington are third in the Eastern Conference league table with 29 points in 20 games. Seattle are in the penultimate, 15th place with 12 points in 21 games.

On October 26, Ovechkin broke another record in the NHL. In the match against the Ottawa Senators, he scored two goals. Ovechkin scored two goals 84 times in an away game, which became a new record.