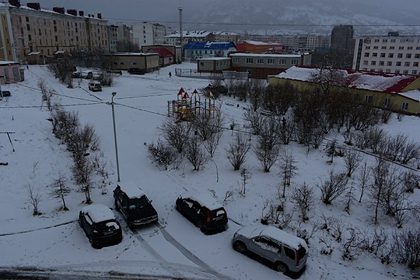 The Public Chamber of the Magadan Region asked on the introduction of QR codes, the specifics of the northern region and to make appropriate changes to it. This was reported on the official website of the regional OP.

Chairman of the Chamber Yakov Radchenko called the adoption of the bills reasonable and adequate, but explained that the proposed changes to the Air Code do not take into account the realities of life and the peculiarities of the development of the pandemic.

Social activists noted that residents of the Far North often buy plane tickets 6-8 months before the trip, it is pointless to check the vaccination certificate at such a time. In addition, the region has a large number of remote areas where there is no Internet, and therefore, the ability to receive QR codes. These are reindeer camps, remote villages, lighthouses, meteorological stations.

The Public Chamber also reminded that people who have just turned 18 do not have the opportunity to fly, so it is necessary to provide a period for them to get vaccinated. In this regard, it was proposed to change the wording to the following: “those who have reached the age of vaccination plus six months.” On November 12, draft amendments were introduced to the State Duma regarding the use of QR codes confirming the fact of vaccination against coronavirus or a disease that has been transferred over the past six months.

The draft on mandatory QR codes will be sent for consideration to the Russian regions, the Public chamber, the Accounts Chamber and the Federation Council until December 14 inclusive.