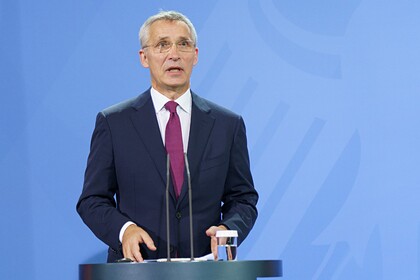 NATO Secretary General Jens Stoltenberg and European Commission President Ursula von , November 28, will visit Lithuania to meet with the President of the country Gitanas Nauseda. This was reported by the press service of the Lithuanian leader's administration.

According to Vilnius, during the meeting the parties will discuss the security situation in the region, as well as the migration crisis on the border of the European Union (EU) and Belarus, which became a consequence of “ a hybrid attack from the regime of [President of Belarus] Alexander Lukashenko. ”

The crisis on the border between Poland and Belarus escalated on November 8, when some migrants once again tried to break into Poland. In response, the Poles used special equipment. Then the President of Belarus Alexander Lukashenko gave an order to place illegal immigrants in the logistics center. These events were also attended to in Lithuania and Ukraine. The Polish Foreign Ministry reported that military from foreign countries, in particular NATO troops, will arrive in Poland at the border with Belarus to counter the influx of migrants.

Large groups of illegal migrants from Africa and the Middle East began to storm the borders of Lithuania, Poland and Latvia in the hope of obtaining asylum. The countries of the European Union believe that Minsk uses its national tour operator Tsentrkurort to transport migrants to the EU borders and makes money on it.