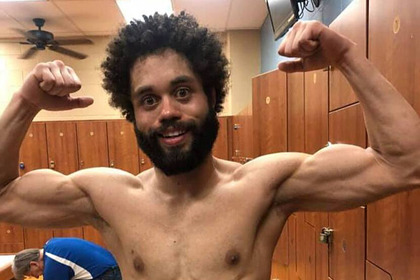 American mixed style fighter (MMA) Donovan was arrested for a groin bite incident following an altercation with roommate Abel Sosa. This was reported by BJ Penn.

According to the victim, the quarrel arose due to the fact that the fighter stayed with him, although he was not a tenant of the premises. First, Salvato hit his neighbor on the body and head, and then bit him through his pants by the genitals.

“The evidence that I will use in court is a piece of skin that he managed to tear off my testicles.” – said the victim and noted that the result of the fight was a 6-centimeter rupture of the scrotum, multiple hematomas and a split lip.

Salvato was accused of a domestic assault with bodily harm. The attacker claims that Sosa was injured by accident when he bumped into surrounding objects during a fight.

Earlier, Russian mixed-style fighter Mukhomad Vakhaev attacked Absolute Championship Akhmat (ACA) heavyweight champion Tony Johnson during an interview before the fight. The Chechen athlete hit his opponent several times after Johnson said: “Nothing will happen, I will smash him in the cage myself.” The fight was stopped by representatives of the fighters.