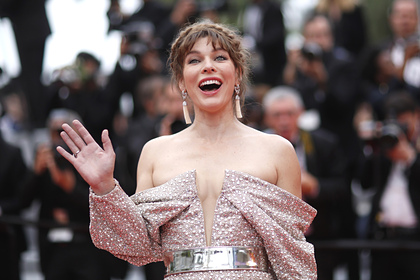 The house is located in Beverly Hills, Jovovich owned it for 18 years. Her husband, British filmmaker Paul Anderson, purchased the property in 2003 prior to their wedding, but soon rewrote the property to the actress. The couple lived in it in the mid-2000s, after which they moved to a larger house in the same area.

According to the tax office, the mansion was built in the 1960s, but 30 years later it was reconstructed. giving it a modern look. The new owner has a house of 390 square meters with four bedrooms, each of which is adjacent to its own bathroom. The site also has a two-car garage, a swimming pool and a lawn.

In March, the popular American actress, host of her own show, Ellen DeGeneres, decided to sell her property in Beverly Hills. Together with the Australian-American actress Portia de Rossi, the celebrity wanted to help out for the estate $ 53.5 million (at that time almost four billion rubles).