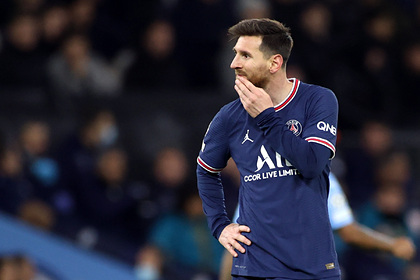 Former midfielder Real Madrid and the Netherlands national team Rafael van der Wart shared his opinion on the performance of Argentine striker Lionel Messi in the French Paris Saint-Germain. His words are quoted by Mundo Deportivo.

The former Real Madrid footballer compared the PSG player with the Manchester United striker Cristiano Ronaldo. “Cristiano Ronaldo, for example – although they are two completely different players in their type – is struggling and wants to take the team to a new level. Messi just walks around the field at times, and I think: “Aren't you ashamed?” – said van der Wart after the defeat of PSG against Manchester City in the fifth round of the group stage of the Champions League.

-for Messi. This is a great pity, because such a player will never be born again, “added van der Wart and stressed that the problem lies in Messi's desire to play well or not.

Messi previously entered the top 11 candidates for the title of the best player at the end of 2021. Along with the Argentine, Ronaldo, Bayern player Robert Lewandowski, Messi's PSG team-mates Neymar and Kylian Mbappe, and Mohammed Salah of Liverpool are on the list.