Mazepin's father on the possible purchase of the Formula 1 team: we have big ambitions in motorsport 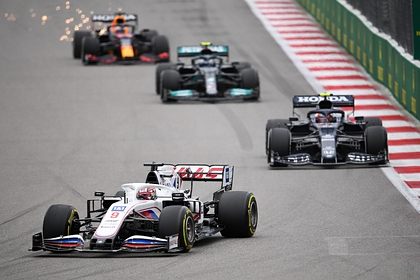 shared his plans to buy the Formula 1 team. This was reported by Match TV.

“We have great ambitions in motorsport. Yes, there was an unsuccessful attempt to buy a team, but we will not leave this topic. These are our long-term plans – we want to expand our presence in Formula 1 ”, – said Mazepin. He noted that this is not only about the Haas team, whose title sponsor is his company Uralkali, and clarified that the decision will not depend on his son's career.

Mazepin Sr. the moment the negotiations are not underway, because everyone is waiting for the start of the new season. “If suddenly some small teams become successful in the next season, then the cost and attractiveness of these teams will be different,” the entrepreneur said.

Nikita Mazepin is holding his debut season in Formula 1. The best result of the 22-year-old driver was the 14th place at the Azerbaijan Grand Prix. As of November 25, the Russian is on the 19th line of the overall standings. At the bottom of the table is the second Haas racer – Michael Schumacher's son Mick, who has not yet been able to rise above 12th place in the Grand Prix stages.