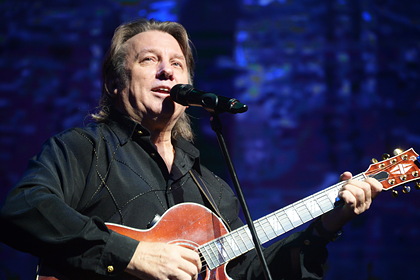 Singer Yuri Loza responded to an open letter from 11 Russian doctors in which anti-vaccinators were invited to visit the “red zone” of hospitals. He wrote on Facebook that in his life he “buried enough people”, so this excursion would not surprise him.

“The question arises – then why call a healthy person to a place full of nosocomial infections? I could not find another answer to how to infect. Tell me, do I need it? Am I my own enemy? ” – added the musician.

Loza also expressed distrust of the vaccine, recalling that epidemiologists require at least a five-year test cycle before being recognized. The singer also announced the inadmissibility of compulsory vaccinations.

Actress Maria Shukshina, in response to the doctors' invitation to visit the red zone of the covid hospital, invited doctors to the “green zone, where a healthy lifestyle, sanity, a healthy psyche, the absence of fear and the prevention of seasonal diseases are not empty words.”

Her statement was supported by the actor Yegor Beroev. Oscar Kucera explained that he is not an anti-vaccine, but opposes compulsory vaccination. Konstantin Kinchev recalled that he was treated for COVID-19 in the “red zone”. He thanked the doctors, but stressed that, despite this, he was not going to change his mind about “dividing people into” clean “and” not clean “and” compulsory medical procedures. ”