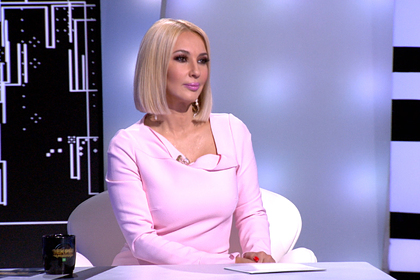 TV presenter Lera Kudryavtseva per million “on the NTV channel with the phrase” morally difficult. ” She revealed the truth about her participation in the filming of the program in an interview with Woman's Day.

Kudryavtseva said that “The Secret to a Million” is one of the most difficult shows in which she starred in 25 years on television. According to the presenter, the revelations of the guests who come to the studio to talk about their fate are “dumbfounded”.

“How many people have already told me:“ Lera, you can't take it so close to your heart! ” I accept it anyway. Morally it's hard, ”she admitted. Kudryavtseva called herself an empath, noting that she “lives acutely” all the stories of the heroes of the program. She added that because of this, after each release, she needs time to rest.

Previously, the host of the show “Secret in a Million” shared the story of how she lost a tooth on an airplane. As Kudryavtseva clarified, the incident occurred when, upon arrival, she decided to blow off the pillow and began to open the valve with her teeth. After the presenter realized what had happened, she became hysterical. She looked for a tooth between the chairs, laughing and crying at the same time.