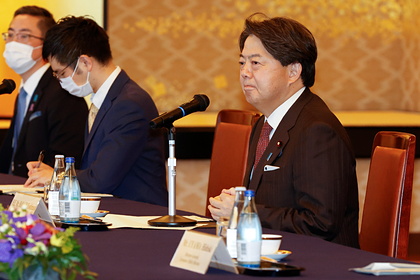 the activity of Russia and the PRC near the Japanese borders during telephone conversations with Russian Foreign Minister Sergei Lavrov. This is reported by the Japan Times, citing government sources.

This is a joint exercise between Moscow and Beijing, in which the military aviation of the two states conducted air patrols over the waters of the Sea of ​​Japan and the East China Seas. The ministers also exchanged views on a number of topics, including joint economic activities in the southern Kuril Islands, and security issues.

According to the source, Hayashi expressed concern over the escalation of tensions in Ukraine and Belarus. The foreign ministers also discussed the recent tests of ballistic missiles by North Korea.

Due to the dispute over the ownership of the southern part of the Kuriles, Moscow and Tokyo cannot sign a peace treaty following the Second World War. war. Japan regards Iturup, Kunashir, Shikotan and the Habomai group of islands as their “northern territories”. In turn, Russia does not recognize the very fact of the territorial dispute.