SBU: in the Kherson region, a bot farm that worked for the Russian special services was uncovered 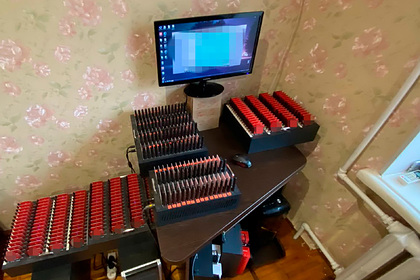 In the Kherson region, the Security Service of Ukraine (SBU) actions revealed a bot farm, acting in the interests of the Russian special services. This was reported on the agency's website.

The SBU said that the organizers of the exposed bot farm conducted “information operations to undermine the socio-political situation in Ukraine.”

It is noted that in the course of their work they created more than 20 thousand fake accounts on social networks, instant messengers and on Internet forums, with the help of which they spread “disinformation about the internal situation in the country” and false messages about the mining of infrastructure facilities in the Kherson region.

According to the data Investigations, the work of the bot farm was controlled by several local residents, who installed all the necessary equipment in their homes. The SBU stressed that they received money from their “curators” through the Russian payment systems banned in Ukraine.

In September, the Ukrainian security forces announced the liquidation of a bot farm run by “curators from Russia”. According to law enforcement officials, the illegal structure was engaged in sending fake information aimed at discrediting the authorities of the republic and disrupting coronavirus vaccination in Ukraine.