Russian Ambassador to Austria: Europe is losing positions on Moscow's agenda through its own fault 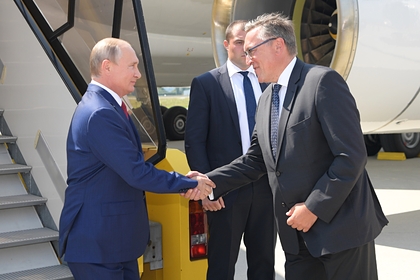 guilt, since Moscow did not want to allow a loss of interest in the affairs of unification. Russian Ambassador to Austria Dmitry Lyubinsky spoke about this in the author's column “Europe on the Edge?” for the Austrian newspaper Die Presse.

The Ambassador drew attention to the fact that the Austrians did not notice “a really important event that determines world politics” – the speech of Russian President Vladimir Putin at the Russian Foreign Ministry. According to Lyubinsky, he decided to “fill the information gap” of the Europeans and tell them about important points from the politician's speech.

Among the most important aspects of Russian foreign policy that Putin pointed out is the fight against coronavirus infection, Donbass and relations with NATO countries. The President also mentioned the European Union (EU), but Lyubinsky is sure: in fact, little importance is attached to this region, and most likely it was about the CIS countries, Asia, Africa, Latin America and the BRICS.

“Unfortunately Europe is losing its place in Russia's foreign policy, which is by no means our country's choice, ”the diplomat concluded. At the same time, he himself did not explain what exactly in Putin's speech indicated indifference to Europe, and why the region is guilty of disappearing from the agenda of the Russian Federation.

An expanded meeting of the Foreign Ministry collegium, at which Putin spoke, was held on November 18. In his speech, the president, among other things, noted that Western partners are superficial about Moscow's warnings about red lines. For this reason, serious and long-term guarantees of border security must be sought.