Political strategist Bashirov: a peaceful settlement of the situation with Donbass is still possible 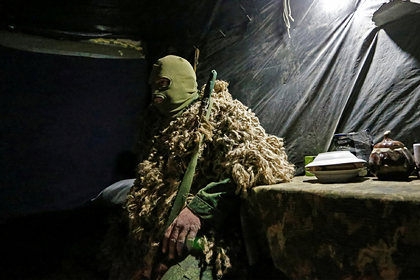 The Minsk agreements, the political strategist Marat Bashirov is sure. In a conversation with Lenta.ru, he added that Kiev is likely to sabotage the agreements until it receives a direct command from Washington.

Kiev is sabotaging its obligations under the Minsk agreements, which leads to the disruption of settlement negotiations conflict in Donbass in any format, and calls for a violent scenario. This was previously stated by the official representative of the Russian Foreign Ministry Maria Zakharova.

Bashirov is sure: despite the general strengthening of military rhetoric, large-scale clashes between Russia and Ukraine should not be expected – Kiev understands that this will not lead to anything good. Regular drone attacks are likely to continue, however.

“Kiev will sabotage all the Minsk agreements until it receives a direct command from Washington to change something. So Zakharova in her statement subtly hints that the key to solving this whole situation does not lie at all in Ukraine. I think that a full-scale war is still impossible here due to the negotiation processes going on between Russia and the United States, and due to the fact that Germany and France will oppose this scenario, ”the political strategist believes.

He also doubted that the President of Ukraine Volodymyr Zelensky will indeed introduce a martial law regime, since this requires sufficiently weighty justifications, which the head of state does not have. In addition, it can deal a serious blow to the internal economic situation in the country.

“Martial law is too serious a decision that Zelensky simply cannot afford due to the mass of problems with the energy shortage, the rise in the cost of even those energy resources that are produced domestically, and the rise in prices for many goods,” Bashirov noted.

According to the political strategist, Russia would like to move towards a peaceful settlement of the situation with Donbass: the Kremlin, seeing the lack of progress in the Minsk format, is taking steps to resolve the humanitarian issues of the republics.

“The last presidential decree on the lifting of customs restrictions and the mutual recognition of certificates provides powerful prerequisites for economic growth, it is now very profitable to invest there. So Russia is not standing still: we are taking political steps to improve the lives of people in the region, “the interlocutor of Lenta.ru concluded.