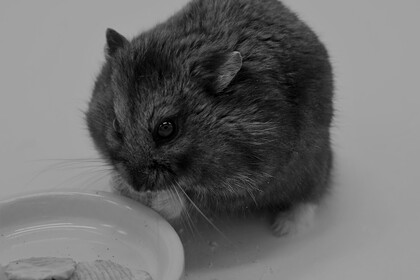 Cryptotrader hamster Mr. Gox has died. Its owner told about it on Reddit.

As the owner of the hamster, who got rich in cryptocurrency trading, said, on Sunday, November 21, the pet refused to eat, and the next morning he fell asleep forever. “We were afraid of this day like no other, and sincerely shocked that it came. We must announce the loss of our beloved furry friend, ”wrote the owner of the animal.

“ Mr. He shed light on the dark moments of the pandemic, inflation and many other problems, ”said the owner of the hamster. According to him, the animal showed no signs of a serious illness. Sometimes his kidneys bothered him, and in the first days of his life he was treated for ticks.

The hamster became widely known in September. Then it became known that he traded cryptocurrency and since June 12 has increased his portfolio by 98.2 euros, which is 25 percent of the original amount of 390 euros. In his special cell, he chose a certain cryptocurrency, and then passed through one of the so-called “decision-making” corridors. Based on the choice of the tunnel, he either bought a token for 20 euros, or closed the position.