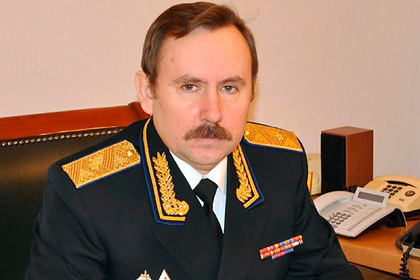 Russian President Vladimir Putin fired the head of the Federal Penitentiary Service (FSIN ) Alexander Kalashnikov. The text of the corresponding decree is published on the Kremlin website.

“To release Kalashnikov Alexander Petrovich from the post of director of the Federal Penitentiary Service. This decree comes into force from the day it is signed, ”the document says. Instead of Kalashnikov, Deputy Minister of Internal Affairs of Russia Arkady Gostev was appointed to this position.

Kalashnikov became head of the FSIN in 2019

Kalashnikov took over as director of the FSIN in October 2019, replacing Gennady Kornienko. Prior to that, he served as head of the FSB department for the Krasnoyarsk Territory.

It was reported that Kalashnikov has a number of high-profile arrests, including the Governor of Komi Vyacheslav Gaizer, together with his team and the head of the FSIN for the Komi Republic, Alexander Protopopov.

In 2021, Kalashnikov was included in the sanctions lists of the European Union, the United States and Canada. Human rights activists noted Kalashnikov's extensive experience

Soon after Kalashnikov's appointment, Eva Merkacheva, deputy chairman of the Moscow Public Monitoring Commission, noted that the new head of the FSIN has extensive experience in fighting corruption. In her opinion, it was thanks to this experience that Kalashnikov got a new post.

The FSIN system is complex and, despite the fact that [the former head of the FSIN Gennady – approx. “Lenta.ru” ] Kornienko was a very honest and clean person, there were many corruption scandals in the service. Kalashnikov is a master in the fight against corruption, and he has proven this more than once. I think that's why he was put on this post.

Kalashnikov's resignation occurred against the backdrop of a torture scandal in Russian colonies. Earlier in November, the human rights project Gulagu.net showed footage of detainees being bullied at the Federal Penitentiary Service hospital and in the Saratov region.