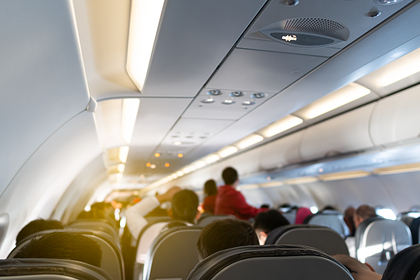 her career. Her words are quoted by The Sun.

So, the girl told how once during a flight one of the passengers became ill and he was carried into the aisle. “I was giving artificial respiration to an unconscious man, while a nearby tourist constantly pressed the button to call the staff and asked me to bring him coffee,” the stewardess was indignant.

Another unpleasant case is an attempt to get passengers compensation for the damage allegedly caused by the crew members. “One day one of the passengers deliberately poured boiling water over her child, and another time I ran into a couple who also deliberately spilled hot chocolate on the leg of their sleeping baby,” she recalls. “Fortunately, there were enough eyewitnesses around who signed witness statements, freeing my team and me from any responsibility.”

Among other unpleasant memories, the girl singled out a passenger who accidentally flushed his false teeth down the toilet, and chatting with “authority figures” who often asked: “Don't you know who I am?” So, one of the worst types the young man named constantly complaining tourists. According to him, cabin crew members are most annoyed by passengers who complain about all sorts of little things.