In Vladimir, they wanted to fire doctors who brought a patient with pneumonia to the administration 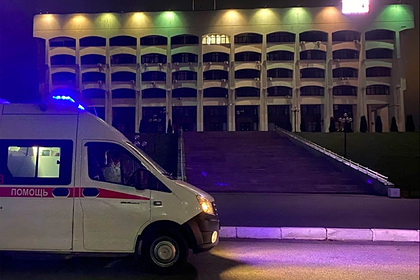 In Vladimir, they wanted to fire a medical team that brought a patient in October bilateral pneumonia to the local administration building. The proposed punishment is reported on the Facebook group of the health workers' union Action.

It is emphasized that before that, doctors had been transporting a woman who was barely breathing for several hours from hospital to hospital. Everywhere they refused to take her due to lack of seats.

When the ambulance was almost out of oxygen, the doctors went to the administration. Half an hour later, a place was found for a Russian woman with bilateral pneumonia.

After that, the head physician made the medical team and the driver write explanatory notes. Their case has already been taken up by the regional prosecutor's office. The doctors who saved the Russian woman face a reprimand or dismissal.

Earlier in Novosibirsk, doctors rescued from death a patient with COVID-19 with 100% lung damage.

According to the Russian woman, the infection devoured her, although “I did it very kindly.” Doctors urgently sent her to intensive care, where she spent about 18 days on a ventilator.