In Makhachkala, doctors took two metal and one plastic spoon from a patient's stomach 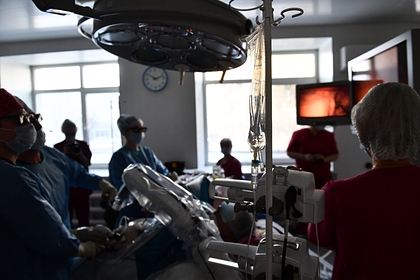 In Makhachkala, a 28-year-old patient complained of abdominal pain. Doctors, with the help of an X-ray, found spoons in the stomach of a Russian woman. The incident is reported by the Telegram channel Mash Gor.

Surgeons performed an operation and removed two metal spoons from the duodenum, one of which was in the stomach for a long time and began to oxidize, which provoked an ulcer. In the lumen of the stomach, surgeons found another find – a plastic spoon. In total, doctors pulled out three devices.

Doctors performed therapy to restore the Russian woman's gastrointestinal tract. The patient was in the hospital after the operation for a week, at the moment she was discharged.

Earlier, a 13-centimeter metal spoon was removed from the digestive system of a resident of the Chinese city of Shenzhen. The woman swallowed the cutlery when she tried to reach the fish bone stuck in her throat. She did not go to the hospital for more than a week, since the spoon in her stomach did not cause any pain or discomfort.