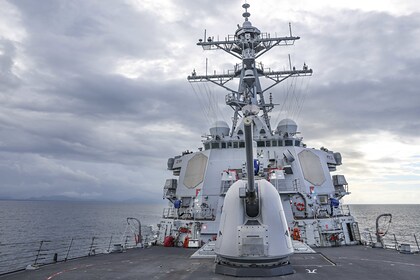 and is also a security challenge to Russia. This comment was given by the Senator from Crimea Olga Kovitidi, writes RIA Novosti.

At the same time, she called on the Security Council of the Organization for Security and Cooperation in Europe (OSCE) to take concrete steps to keep the United States, as well as its allies from escalation of military activity in the Black Sea.

Earlier it became known that the US Navy missile destroyer Arleigh Burke (DDG-51) on November 25 went to the Black Sea to take part in joint operations with American NATO allies.

The Pentagon reported that the naval exercises of NATO's joint forces help maintain an integrated system of deterring military threats. On November 12, an exercise was held in the international waters of the Black Sea, in which seven warships of the US Navy, Turkey, Romania and Ukraine took part.