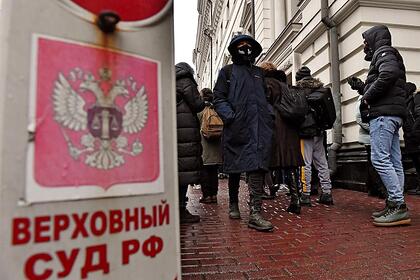 Charitable Society “Memorial” ( included by the Ministry of Justice in the register of organizations performing the functions of a foreign agent ) has been postponed until December 14, TASS reports.

The Supreme Court announced a break in the consideration of the claim. Presiding Judge Anna Nazarova also noted that the court would not question witnesses, which the organization's representatives insisted on, deciding that they would not be able to provide meaningful explanations for the case.

The first court hearing in the Memorial case was held on November 23 , then it was postponed to November 25.

The Prosecutor General's Office sent a request to liquidate the international organization “Memorial” to the Supreme Court on November 11. The reason is the repeated violation of the law on foreign agents. The organization denies these violations and claims that the case is political in nature.