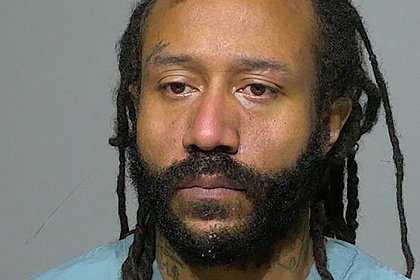 CNN TV channel was accused of retouching photos of a man murder in the US state of Wisconsin. The Gateway Pundit portal drew attention to this.

The authors of the material noticed that the journalists bleached the skin of the alleged criminal who had run over the participants of the Christmas parade. The face of 39-year-old driver Darrell Brooks appears much lighter on CNN than in other available images.

However, the publication also contains a subtle note that the attacker's visual data has been altered for security reasons.

A red SUV drove at high speed into a crowd of parade participants in Waukesha on November 22. As a result, six people died, another 40 were injured. According to eyewitnesses, the offender acted deliberately, directing the car at passers-by. He faces life imprisonment.

In November, the Chechen parliament submitted to the State Duma a bill banning the media from indicating the nationality of criminals in materials. According to the authors, provocative materials are often published in the media and social networks that can form a negative attitude towards a particular ethnic group. The discussion about this topic arose after a fight in New Moscow with the participation of natives of Azerbaijan, who, as it turned out later, are citizens of Russia.